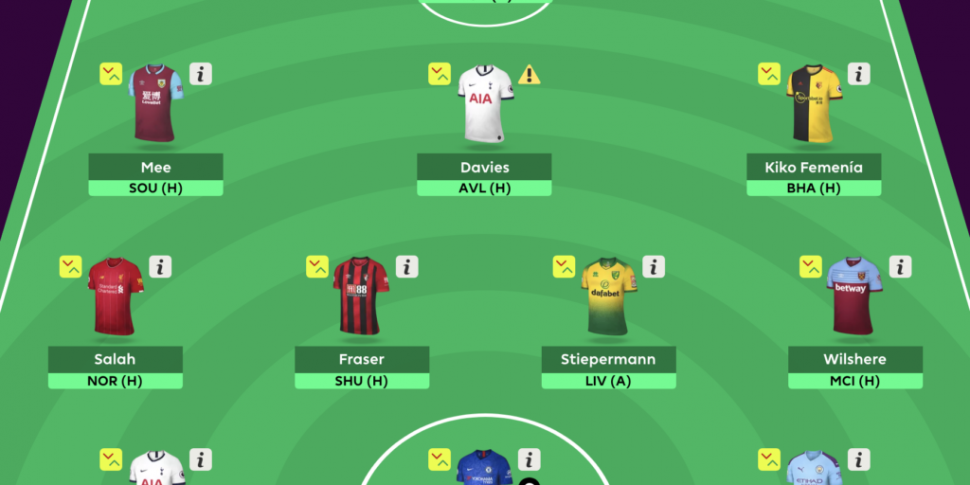 There is no denying that fantasy football is one of the most popular pastimes in America – millions of people play it every year, and it’s even altered the way NFL games are broadcast. Of course, if you’re new to it, or have never played it before, the widespread appeal of fantasy football might seem confusing.

The concept, on the surface, might seem strange; you create a fantasy team by picking players from the NFL and including them in your roster. Each player earns you points each week depending on their stats in the games they play. You need to manage this fantasy team each week if you want to do well, with the goal being to win the fantasy league(s) you’re in.

To the uninitiated, this might seem like a strange distraction from the actual results in the NFL, but fantasy football provides a creative outlet for countless people. One of the biggest appeals of fantasy football is how it allows players to step into the role of manager. There aren’t many football fans who haven’t, at some stage, visualized themselves taking charge of a major NFL franchise, or questioned the decisions of current and past managers. Fantasy football provides an opportunity to play out that role with a similar structure to the NFL.

Each fantasy league will have a draft day, just like in real life, where each manager takes it in turn to pick one player at a time for their roster, and each NFL player can only feature in one team per league. This means managers need to be tactical and have several plans in place for their roster – just like the real-life managers in the NFL.

Throughout the season, players also enjoy the control they have over their roster and how they need to respond to events and incidents like injuries, bye weeks or a run of bad form in real time. This can be a powerful thing, especially for those who feel they don’t have as much control in other areas of their life.

NFL fans also don’t have control over their favorite football team, and if that franchise happens to be doing particularly badly, then fantasy football provides a welcome distraction from the woes of that team. Plenty of fans spend less time bemoaning the struggles of the team they support and instead focus their attention on managing their fantasy team and making sure they’re fielding the best starting lineup each week.

That can be a surprisingly effective stress-reliever, as fantasy players will have a stronger sense of autonomy and their emotions aren’t just invested in one NFL team, but all of the teams they have fantasy players from. This massively reduces the chance of disappointment each week.

Further still, fantasy football makes the NFL itself a lot more engaging and, when you’ve got a roster full of players from a wide variety of teams, you suddenly have a much deeper interest in a lot more games. With so many games being played in the regular season, this makes things particularly exciting for fantasy football managers.

Another attractive part of fantasy football is the potential winnings at stake. While plenty of fantasy players get involved mainly for the sense of competition alone, there are a lot of leagues which involve each manager pitching in a few dollars at the start of the season, with the winner taking home the pot at the end. With most leagues featuring at least 10 teams, if everyone were to put in even just $10, you’d take home at least $100 if you won the league. Obviously, the more money wagered by players, the bigger the pot.

For the more hardcore fantasy football veterans, there are even competitive leagues that require substantial buy-ins, where the winner can take home a serious amount of cash. Unlike laying some money down on the outcome of a particular game, your performance in fantasy football is more reliant on your decisions and management.

Fantasy football can also serve as a strong distraction to some of life’s stresses and worries. While it’s obviously not a good idea to completely neglect issues in your life, taking a break from them to watch a game or look through some stats and form-lines to reshuffle your roster can be a great help. Stepping away from something causing you stress to allow yourself to become enveloped by an afternoon of football can be a healthy decision.

The game, in most cases, also rewards research and knowledge, which can be very gratifying for some players. If you want the edge in your league, you’ll need to keep on top of all the latest stats and analyse what they mean for your team. You’ll need to pay attention to past results between teams, where games are played and even what the weather is supposed to be like. Usually, such attention results in a high ranking in your fantasy league.

Fantasy football’s popularity appears to be growing with each passing year and it’s not difficult to see why. It can provide a fun distraction to some of life’s stresses and also instils a validating sense of control for players. There’s also the mayhem of draft day to enjoy.